I used to do this annual “Recently” series on a couple of my old blogs, and I thought since it’s technically the end of February (I’m a little late) I’d do one of those for this week’s post. It’s just a way for me to look back on the month and see what I’ve gotten accomplished. Since I’ve just gotten back into blogging, I don’t have many pictures, but hopefully in the future I’ll have more of those, too.

I’m adding a bunch of different categories for all of my different interests — of course, the staples such as what I’ve been reading, listening to, and watching, but also some others. 🙂

I haven’t finished any books this month. This is very unusual for me, but I do have an explanation. Currently, I’m on page 650 of The Count of Monte Cristo, a 1200+ page book. I am so busy that it’s taking me a long time to read, but I’m slowly but surely making my way through it. So I did read this month, just not several different books. 😉

I discovered the band half*alive this month through my sister. They make very catchy music and also have thoughtful lyrics. Their hit “still feel” was 40 million plays on Spotify for a reason. “Creature” is also a great song, although a little slower.

I finished the last season of Psych this month. It’s a brilliant show with sweet characters and hilarious writing. It made me sad to finish it!

After that, I started back up Star Trek: The Next Generation. I had taken a break midway through season 5 while I watched Psych, but now I’m back! I have two seasons to go and I’ll have finished 3 Star Trek series in total.

I also went to a get-together with some friends from our church, and we ordered some pizza and watched the 3 1/2 hour long movie Gone with the Wind. I had read the book a couple years earlier but never got around to seeing the movie. I thought it was really good, and I can see why it’s been so popular for the 80 years that it’s been around. I even thought it might be better than the book!

One of my favorite things to do is cook (I do most of the cooking for my family) and baking. So I’m also adding a section where I can share pictures of some of the food I’ve made during the month. 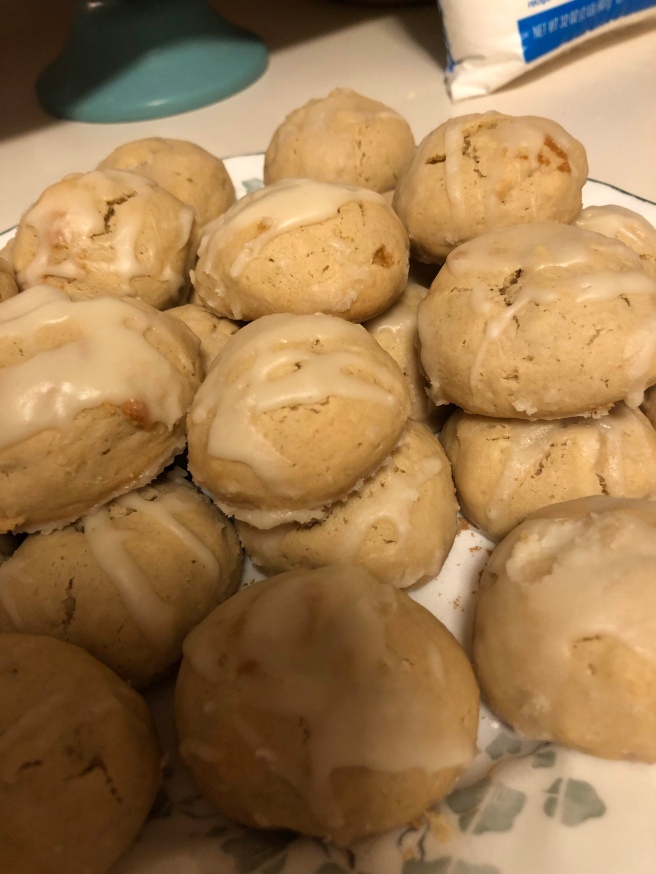 We had winter break during the last week of February, so I actually had time to bake! I made these Jubilee Jumbles from a recipe I found in a 1960s cookbook. I used maple syrup as the flavoring, and then made a maple glaze/frosting to go on the tops. I also added some almonds to the cookies for some texture. They were delicious! 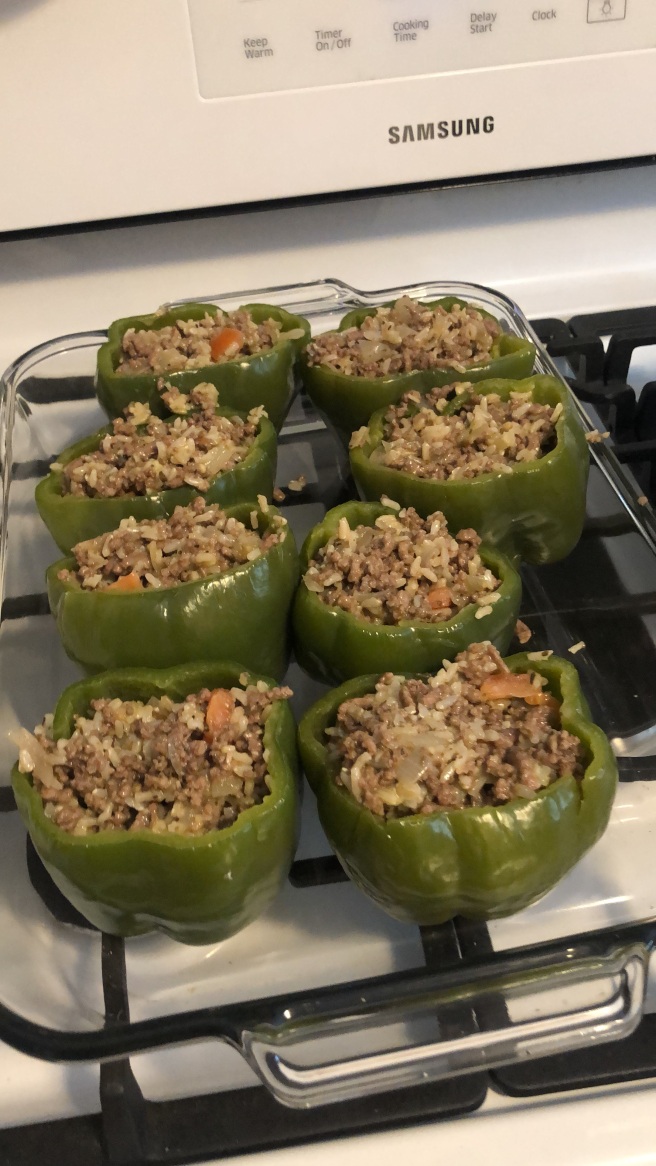 I also made stuffed peppers. (I used a recipe from The Joy of Cooking, which I’m sure you probably have somewhere in your house.) They were delicious but took me two hours total to make. Oh, well. Worth it in the end!

Basketball season wrapped up this month. I’m sad because I love the game so much, but no practice every single day also means more free time! 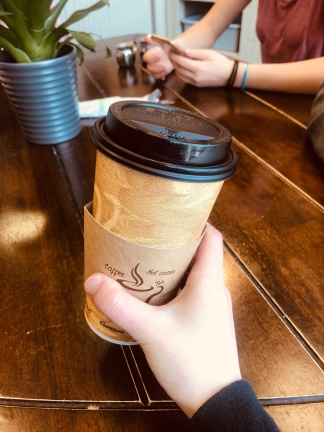 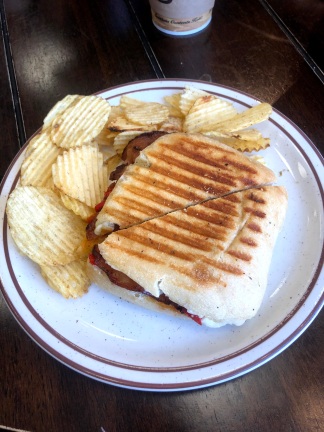 I went out with my friends and we went to an adorable little cafe. I got a chai vanilla latte and a cheddar bacon panini. Super expensive but super delicious!

Usually, I would have a section here listing the goals I had made for February and if I had completed them, but this is the first “Recently” post. So, I’ll just be making some new goals for March.

That’s my February wrap-up post! I’m hoping March is a good, WARM month as we get closer to spring!

How was your February, and what were some of your highlights from the month? Do you have any goals for March?

Hi there! Welcome to my blog. I’m Lydia Therese. I’m a Bible reader, ESFJ, reader, and aspiring entrepreneur. This blog is my creative outlet where I share about my life and things I’ve been up to. You can learn about me here and more about the blog here!